What exactly IS the winter solstice?

It’s when the Sun reaches the Tropic of Capricorn resulting in a day with the shortest amount of daylight and the longest amount of darkness. It kicks off the official start of winter.

Daylight hours in the Northern Hemisphere are the longest on the summer solstice in June. They get shorter every day until the winter solstice.

Why does it matter?

In many cultures, Winter Solstice is cause for celebration. It has been celebrated and revered in ancient civilizations, indigenous cultures, and various religions, all of which have their own rituals for taking advantage of the unique energy. Here are just a few:

How can you celebrate?

According to Forever Conscious, "The winter solstice celebrates the longest hours of darkness or the rebirth of the sun and is believed to hold powerful energy for regeneration, renewal, and self-reflection. In Pagan times the winter solstice was referred to as Yule and was a celebration of the Goddess (Moon) energy. It was believed that on this day, the moon would give birth to the sun."

The winter solstice is a time of quiet energy. Many view it as an opportunity to look within, practice self-reflection, and set goals and intentions for the coming year. The solstice is often seen as a personal awakening.

Many of the traditions revolve around fire because the winter solstice indicates the returning of light. One example is the yule log! The tradition of the Yule log began in Norway, where a giant log was hoisted onto the hearth to celebrate the return of the sun each year. One simple ritual involves having family members write down wishes for the coming year ahead, place them in the yule log, and burn it.

Should you choose to bake a yule log cake, Delish has you covered!

Want to really experience the solstice? Watch it live-streamed from Stonehenge. It’s typically a large gathering of about 5,000 people each year for charity, but this year the event will be live-streamed.

For solstice, visitors are allowed a rare visit inside the stones!

Each year, the sunrise on the summer (June) and winter (December) solstices rises precisely in alignment with a set of stones at Stonehenge; historians now believe the site was used to mark the seasons by the agricultural peoples who once lived in that part of Britain.

Follow along on Facebook with Explore Virtual Tour whose cameras will capture the best views of Stonehenge so viewers can enjoy both the sunrise and sunset. If you miss it, don't worry they will post recordings on their page after.

While the hours of sunlight seem all to brief – the good news is that they will start getting longer every day forward. After the winter solstice, days start becoming longer and nights shorter as spring approaches.

Dreading the winter ahead? Take a look at the extended winter forecast from Farmer’s Almanac. 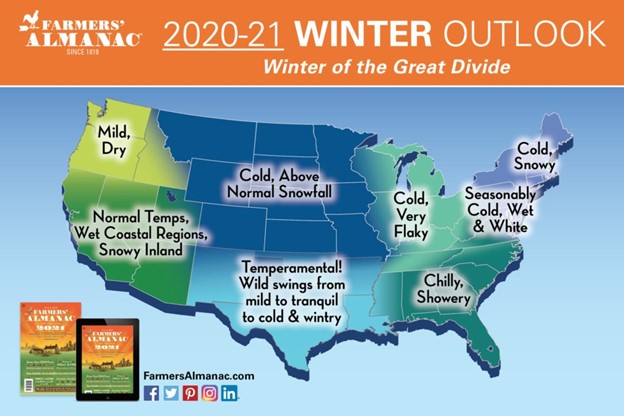