SunStar’s Jeren Mametklycheva is sheltering in place with her husband, Rob, and their almost five-year-old son, Tommy, in the middle of Washington, DC.

Adventures in the home

It took Jeren a few weeks to figure out how to keep her son active in a confined space once the playgrounds and parks were closed. Tommy is an active child used to climbing and running around with his friends in school and playing in various parks near their home.

On sunny days Tommy has fun playing in the yard, but rainy days presented a real challenge and Jeren had to get creative. She came up with a few fun exercises to do in the home like spacing apples along the living room floor and having Tommy jump over them and count them. The house has now become the playground as they spin in the swivel chair, jump on beds, leap down from couches, and just plain run around the house. The house is taking a bit of a beating, but Tommy is happy and doing well. The family has established this new routine and Tommy is content.

While quarantined Jeren has found herself taking on a new role – part-time teacher. Jeren and her son both participate in Tommy’s daily Zoom meetings with his teachers and classmates and she makes sure he is prepared for his meetings – they do science experiments, discuss books, learn a new topic, sing, and dance, etc.

They enjoy cooking and baking together and Jeren is also using that time as an opportunity to teach math skills.  Jeren has also started teaching Tommy Russian. She’s more diligent about speaking with him in Russian and has begun to teach him the Russian alphabet.

Tommy recently received a Police City Lego set and they constructed it together. Jeren reports he is slightly obsessed with the set at the moment. 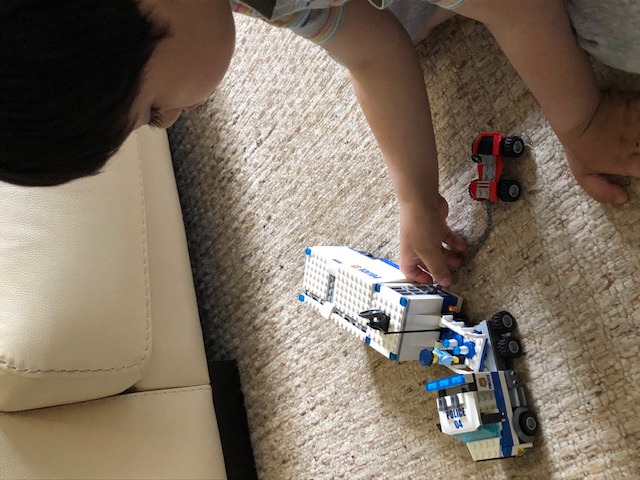 One weekend, they were able to get away to a nearby lake and enjoyed the peaceful and tranquil setting. Rob and Tommy went fishing every day and caught many fish. Although the fish were small and needed to be returned to the water, they had a great time catching and then releasing them.

Most weekends the family relaxes and enjoys visiting a field on the national mall to play baseball. 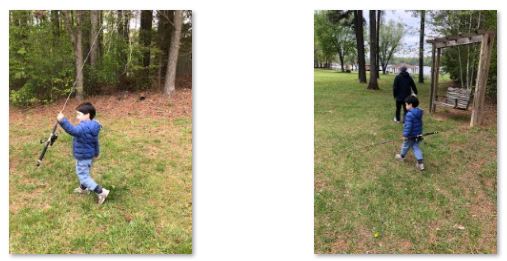 Aside from work, Jeren keeps busy with yoga, daily walks around the neighborhood, and reading. She has recently discovered the Russian comedy, “My favorite Mother-in-law.” She said the uplifting show features a cast of talented actors and while entertaining and funny it is also helping her practice Russian. Although it is one of her native tongues, she doesn’t get the opportunity to speak it very often.

Jeren is enjoying having this quality time with her family but is definitely looking forward to a time when they could travel and see family and friends.

How are you keeping your sanity during this crazy time? Take a look at how the rest of our staff has been keeping busy in our SunStar "Stays-At-Home" series. Stay tuned for more installments!

In case you missed earlier posts of SunStar "Stays-At-Home:"